Before that propitious Spring would begin to stir inside the wintery bones of Manhattan, and I would stride through the puddling park toward east fifty seventh street to meet you, there was a girl heedless of destiny. Before I would stand still across the street from your studio beneath the black, reflective skyscraper known as the Death Slide, there was a woman without a history.

This was my second year at Trinity high school, an upper west side establishment for Catholic boys which was now coed and predominantly Jewish. I was thirteen when I returned to those bleak hallways with their constantly slamming lockers and bright array of students, tan and fresh from their country estates, ready to compete for college placement.

It was time to begin tenth grade and I had spent the summer tripping on liquid A. to the revelations of The Doors, and clanking on a spidery drum set to the Dark Side Of The Moon. I had held a gun to a man’s head, and without knowing whether or not it was loaded, pulled the trigger. I had clung to the hood of an old Mustang going seventy miles an hour down the wooded, serpentine roads of Eastern Long Island and not been thrown off when the driver stopped short. I was a mental acrobat trapped in the habits of a hitchhiking, beach bumming, sleeping bag slumming, stone footed punk.

September tumbled toward fall and I turned over only imaginary leaves, thumping an invisible bass to the lines of Wild is The Wind and flapping my arms in concert with the tom-toms to a wasted audience of three. Ninth grade had been eighth street and Pink Flamingos, army jackets and bleary eyed boy friends who had since been expelled. Now I roamed with a note pad in my pocket and a fence around my head, watching the village spend itself on Friday nights and squatting on curbs until the second avenue deli opened, sweeping the morning into a dusty little pile.

Saturday nights were back uptown, diving into the jeweled pavement outside the Museum of Natural History, loaded on quaaludes, or dancing wildly within the veil of a purple strobe light. And Sunday, my Sunday, was sitting on Virginia Woolf’s lap in Riverside park until dusk, retrieving whatever childhood I could from her tomb of resonant voices. 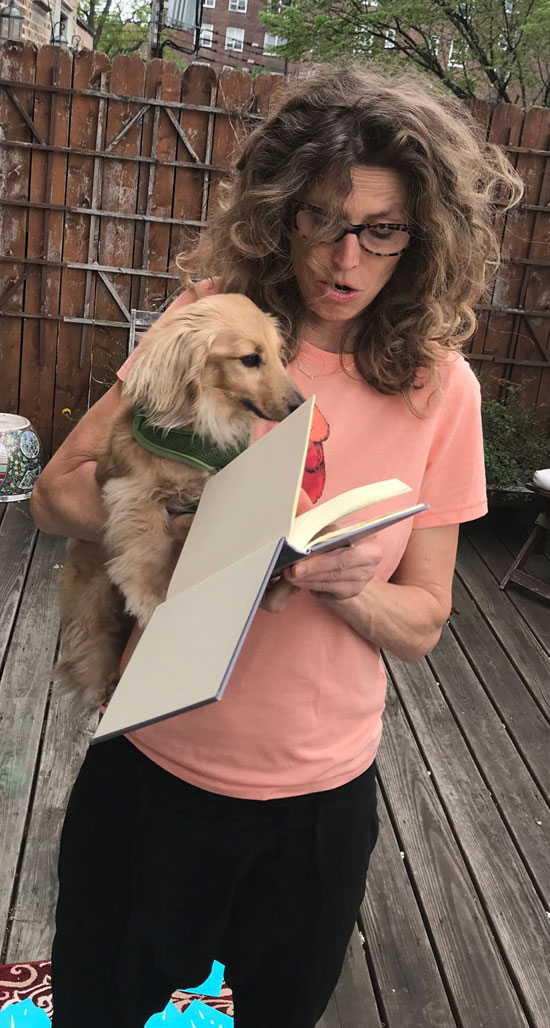