My Dearest People of the Light…

Today is the anniversary of the release of my debut album Tongues and Tails. In preparing a commemorative post for today, I heard that Ralph Schuckett had passed away. 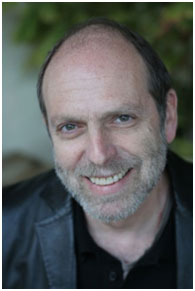 Ralph is the person who brought my music to you, literally. Ralph swiped my demo tape of however many songs that fit on a cassette, recorded and rerecorded over with my newest songs, from a desk at a jingle studio called JSM in Manhattan in 1989. It could have been 1988. He put the tape into his Walkman on the subway ride home to Carroll Gardens in Brooklyn, and the next day he called me on the Hot Line; 212-787-8418. He said, “You should be making records.”

I went to his home with a kitchen knife in my coat, just in case he was a rapist. He was anything but. The kindest, subtlest and funniest person I’d met, and a great musician, composer, and arranger. Ralph showed me up to his pristine studio overlooking the brownstone lined street and discussed what he wanted to do with my songs, to present them to record companies. We argued and laughed and worked and argued. He wanted me to be pop in a way that I almost was, to trim the edges and keep the soul, and I said no, keep the edges, keep the weird bridges and the non uniform chorus melodies and the irreverent structures and keep the “Damn!” He said ok. (Watch Sophie perform Damn, I Wish I Was Your Lover in memory of Ralph on her YouTube channel).

We made new demos of my songs, the one’s you heard on Tongues and Tails, and he started to shop them. I didn’t expect any record company to bite because I’d been trying to get a record deal or a publishing deal for years, and I almost got there, but never quite. I kept on writing, recording, performing at the odd clubs like Kenny’s Castaways and CBGB, always with a different band, funny outfits, and new songs. People thought I was odd, interesting, but I didn’t hook anybody.

In a strange way, I wasn’t in a rush. I wanted to work on a bigger, more challenging level, with people I felt would be my peers, but I never took one hour for granted, or one experience. I’ve always been this way, it’s the growing, the learning, the discovering I love, and Ralph was the same way. Aside from him giving me his old glittery stage shirts because he felt I shouldn’t wear the same t-shirt I’d worn every day for six months of working with him to record company meetings, he delighted in my process.

And he did get me those meetings. I went from being a happy coat check to being courted by the heads of the seven major labels until I made my decision to sign with Columbia Records, now Sony. Thankfully, they gave Ralph a job there, too. Or maybe he was better off on his own, I don’t remember Ralph being treated as well as he deserved at the time.

Ralph played the gorgeous strings on Tongues and Tails; the cello on Before I Walk on Fire, the hooky horns and the Grapes of Wrath melody on the bridge on California Here I Come, for example. I was always quietly excited to hear what Ralph would come up with in the studio, and he never disappointed me or anyone with his lines, except himself. Ralph always wanted to redo his parts and never felt they were good enough. I fought with him and won every time because I could hear the brilliance, and I have no doubts when it comes to music and lyrics.

I have so much to say about Ralph, I am crying as I write this because I adore my memories with him, and those spanned decades. It’s late and I will write about Ralph in the book I’m working on, but you know what’s strange? I had just said to my friend, “You don’t get a Ralph Schuckett to work with unless you’re young and undiscovered, because those kind of geniuses come once in a life time, and I’m lucky I had my one.” An hour later I received an email that Ralph had died. For all the words I have to describe Ralph to you who don’t know him, the truth of it is, I have no words to express my gratitude for Ralph and my sadness that he’s gone from here. In 2019 I invited Ralph to my show at the Landmark on Main in New York, he couldn’t come, he was in Los Angeles, but I hoped we would work together again. Perhaps in another life. I love you Ralph, thank you. Thank you for hearing me and taking the risk. You’re a good man and a great talent, and I was a lucky girl.